We were asked to replace these original timber sliding sash windows within a bay window of a terraced house in Sheffield. The whole of the bay window had seen better days and the roof felting had long-perished causing extensive water penetration and rot. This window had survived bombs in the Second World War that damaged other houses in the street and was one of the few remaining examples of the original joinery. 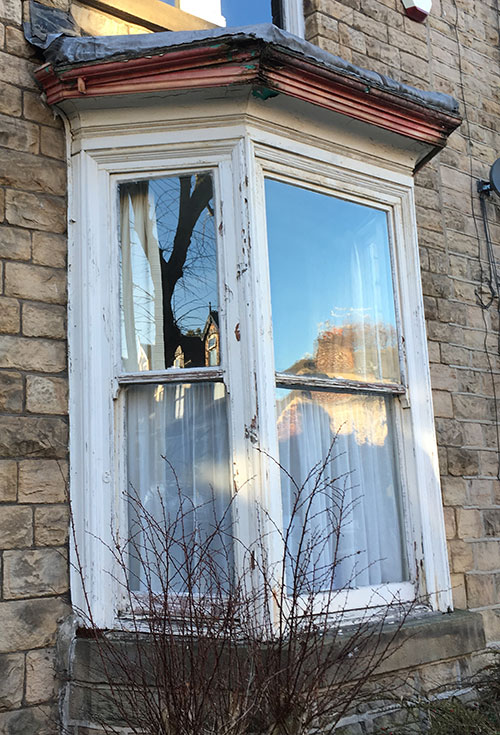 During the survey, it became apparent that it would be a slightly bigger task than simply the windows and roof. Although the bay was built on-top of a stone cill, none of the supporting timbers below the bay were intact and in effect the bay was hanging in fresh air, ready to drop into the cellar below at any moment.

New concrete supports were installed below the floor-level whilst a complete new internal timber frame was installed to support the internal cills and panelling. Meanwhile, after installing new timber sash windows, we replicated the detailed external mouldings, built a new flat roof, insulated and lined this with lead and replaced the guttering. 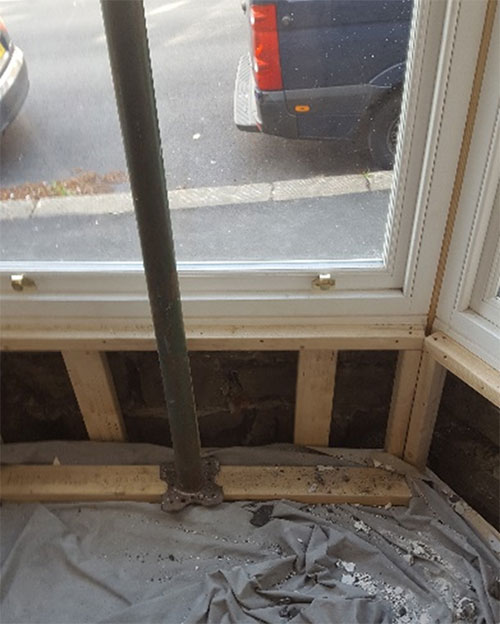 This bay window now sits proudly as the best in the street! 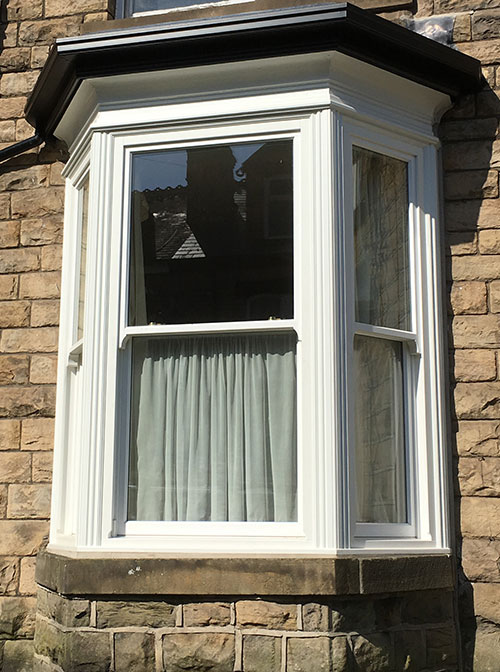