The sash window is the quintessential British window of the past 300+ years. The basic window construction has remained largely unchanged during this time although the glazing detail, the position of the window relative to the face of the building and the amount of timber frame visible from outside have all seen a number of evolutionary changes.

The earliest sash windows saw the top sash fixed and the lower sash capable of being slid upwards in a groove to be fixed open with mechanical stops such as pegs. However by the late 17th Century double-hung sliding sash windows, with both sashes suspended on cords and counter-balanced by weights began to be introduced.

Early double-hung box sash windows were fitted in-line with the front face of the stone or brick wall. However, following the great Fire of London this placement was seen as a fire risk and an Act of Parliament in 1709 decreed that box sash windows had to be set back from the face by 4 inches. 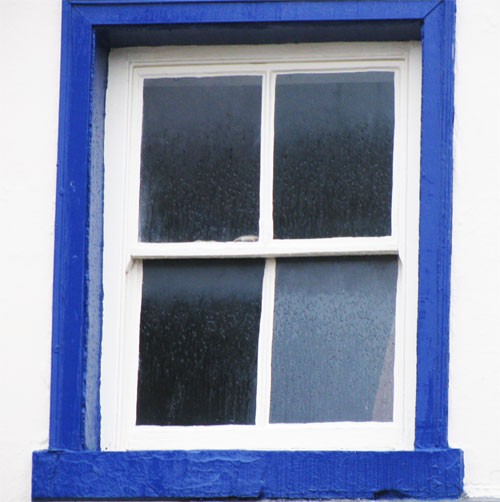 Some 60-years later a further Act stipulated that the box sash windows had to be installed 'in check' - in other words with the box sitting behind the brickwork. This measure maximised the glazed area that was visible and therefore the amount of natural light that could be brought into the room.

The amount of light available through the box sash window was also entirely dependent on the style of glazing and in-turn on the availability and cost of flat glass panes. Very large glass plates (up to 6-feet in length) could be made but were very expensive to produce. The glass was cast onto a bed of sand which created a rough surface that required grinding and polishing to make it acceptable for glazing. Crown glass was a simpler product to make and therefore less expensive but could only be made into small panes of flat glass because of the limitations on the size of the circular disk, or 'crown' of glass from which the panes were cut. You can see a demonstration of crown glass production on the following link, www.alanmacfarlane.com/glass/birm7.html.

Although crown glass was only one of several glass types available by the early 18th Century the subsequent introduction of excise duty by weight favoured the crown method as this produced the thinnest glass. The smaller crown panes rapidly became the glass of choice and therefore sash windows containing multiple small panes became the norm.

Cylinder glass - produced by creating a long cylinder of glass then cutting it lengthways and flattening it whilst still hot and malleable - became easier to produce by the middle of the 19th Century and when the glass excise duty was removed, the larger panes that were possible by this method were adopted in new box sash window designs. The following link shows cylinder glass still being produced in Germany today, www.youtube.com/watch?v=OeTyntr8Wkk&feature=player_embedded.