During the 18th Century, the classic glazing pattern of the Georgian window developed. This design, six panes over six panes, remained in use even after the advent of larger panes in the 19th Century. 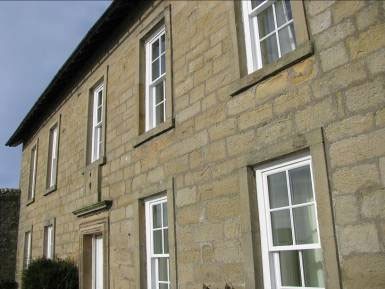 As the 18th Century progressed however, the construction of sash windows improved with the most important development being that larger panes of glass became available and the extremely elegant glazing bars that we admire so much today, became general.

The most popular, traditional and classic design for sash windows are made up from a pair of vertical sliding panels which operate using a mechanism that consists of cords and pulleys counterbalanced with weights.

From the middle of the nineteenth century onwards fewer subdivisions and larger, heavier panes of glass became increasingly common and eventually sashes were glazed with single large panes of plate glass.